Occupation in Holmes and Nicholson Street

We are really proud to have supported Yarra Trams complete a large and complex double occupation in Holmes Street and Nicholson Street Coburg.

This two-week occupation ran from 22 February and 8 March and saw over two kilometres of track replaced along Nicholson Street between Bell Street, Coburg, and Albion Street, Brunswick.  Buses replaced trams along routes 1 & 6 and customer service teams managed the disruption to minimise impacts to passengers.

Sections of this tram line are up to 60 years old which take us back to 1959. 1959 was the year that Melbourne played Essendon in VFL Grand Final at the MCG in front of 103,506 spectators.

Melbourne beat Essendon by 37 points to notch its 10thPremiership Cup.

We excavated over 20 tonnes of unexpected rock near Holmes St, which took almost a day – and we got this done with 12 hours to spare… fantastic work Fulton Hogan!

This project was led by our very own Project Manager LL Chang, who worked closely with key project stakeholders, service providers, contractors, and residents, to get this program delivered on time and without incident. 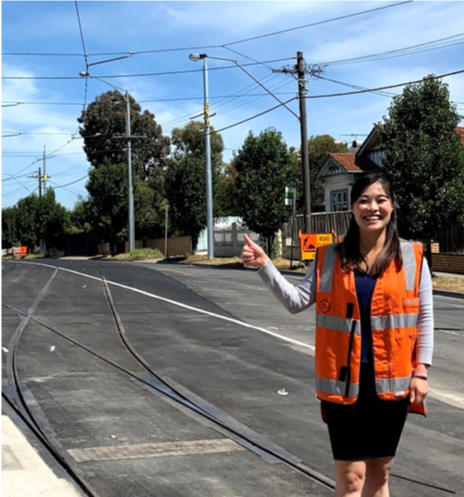