In April 2018, the Victorian State Government announced a commitment of $60M in the 2018/19 State Budget for new and upgraded car parks and other access improvements at Belgrave, Sunbury, Sandown Park, Craigieburn and Epping railway stations.

This initiative was made to address the growing population and increased patronage coupled with a lack of car parks for commuters.  This program of works is known as “Putting Passengers First ($60 million) station car parking program”, which aims to add over 11,000 additional commuter car parks across the rail network.

On behalf of the Department of Transport, VicTrack are managing the design and construction of Belgrave, Hurstbridge, Sandown Park, Craigieburn & Epping railway stations.  Belgrave is close to design completion going out shortly, and construction commencing in Q3 2021.  The other four car parks are all in the construction phase and have either been completed or will be progressively be completed over the next two years.  These projects have a combined value of over $90M 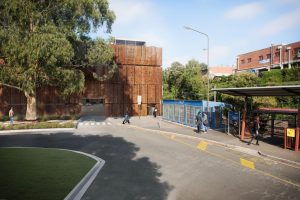