The Preston Workshops Redevelopment Project was the largest tram depot redevelopment ever undertaken in Australia and was delivered over four stages.

Funded by Public Transport Victoria, the original workshops on the 18 acre site on St Georges Road were transformed into a state-of-the-art facility to support the heavy maintenance of existing tram fleets in addition to the new generation E-Class trams.

…what we did on this project

Touch Projects were engaged to manage two of the key stages of this landmark project. Our role included managing the design consultants and all stakeholders as the designs evolved, and manage the Head Contractor once they were appointed to this project. Our team participated in key areas the main tender evaluation stage, as well as drove key procurements exercises for ancillary building items that formed part od the Head Contractors final build.

Our role included the function of Decanting Manager for the entire project duration. This included engaging heavily with all teams across the site in order to relocate people, functions and materials to keep construction going without impact operations. Given the size of trams, size/weight of tram spares, sensitive componentry etc, the decanting role was often challenging and requiring innovation and new thinking from both our team and the Head Contractor.

The project team grew as the project mobilised and the client advised there was a need for two full time resources to perform this function. This small team was embedded within the Yarra Trams team through to project completion.

Touch Projects where later engaged to manage defects rectification, variation negotiation, and settle any contract omissions or remaining contractual disputes. Given the multiples project stages, this took an additional 18 months to resolve through considerable post-completion negotiations. 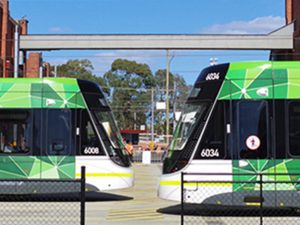